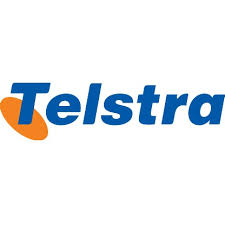 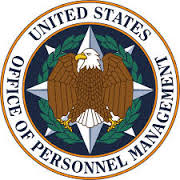 Request a Demo
scheduled upon request...

“Our results for the second quarter of 2012 directly reflect the impact of tactical and strategic measures undertaken during the last quarter of 2011 and the first half of this year,” stated Jeff Winzeler, the Company’s Chief Financial Officer. “We made substantial investments in human and other resources to augment our sales and marketing capabilities enabling us to achieve significantly increased revenue levels for both the second quarter and first six months of 2012 versus comparable periods of 2011, including record quarterly revenues and a 136% increase in six-month revenues. We also made considerable investments in our product development and support organizations and believe that the recently released version of our flagship product together with our other targeted investments in corporate infrastructure will continue to drive revenue growth and increase our share of the DCiM Xtm market.”

Guy Archbold, RACKWISE®, Inc. Chief Executive Officer, commented, “We are extremely pleased with our Company’s progress during the second quarter. The reported results demonstrate that continued execution of our strategic plan is producing positive financial performance. Among our noteworthy achievements during this period was the introduction of RACKWISE® DCiM Xtm, which has received an overwhelming response from the market for its superior robust capabilities coupled with accelerated return on investment potential and shorter time to value compared with other similar products currently available. Equally important, we added several new large customers in both the private and public sectors which have the potential to significantly expand deployments of RACKWISE® product solutions in managing not only their own local and global network of data centers and IT infrastructure but those of their clients and customers around the world. Our customer list is increasing in size, quality and global name recognition, which we believe validates the efficacy of our products and services and affords RACKWISE® vital credibility in the DCiM Xtm and IT markets. We believe we are well positioned to take our business to the next level. With several prospective customers currently evaluating our solutions, we have a solid pipeline of potential new business expected to close in the coming months. We look forward to the second half of the year and anticipate similar sequential improvement with continued strong momentum.

RACKWISE®and DCiM Xtm are trademarks of RACKWISE®, Inc. Other designated trademarks and brands mentioned herein are the property of their respective owners.

Safe Harbor Statement
Any statements contained in this press release that do not describe historical facts may constitute forward-looking statements as that term is defined in the Private Securities Litigation Reform Act of 1995. Any forward-looking statements contained herein are based on current expectations, but are subject to a number of risks and uncertainties. The factors that could cause actual future results to differ materially from current expectations include, but are not limited to, risks and uncertainties relating to the availability of additional funding; and the Company’s business, product development, marketing and distribution plans and strategies. These and other factors are identified and described in more detail in the Company’s filings with the SEC, including, the Company’s current reports on Form 8-K. The Company does not undertake to update these forward-looking statements.